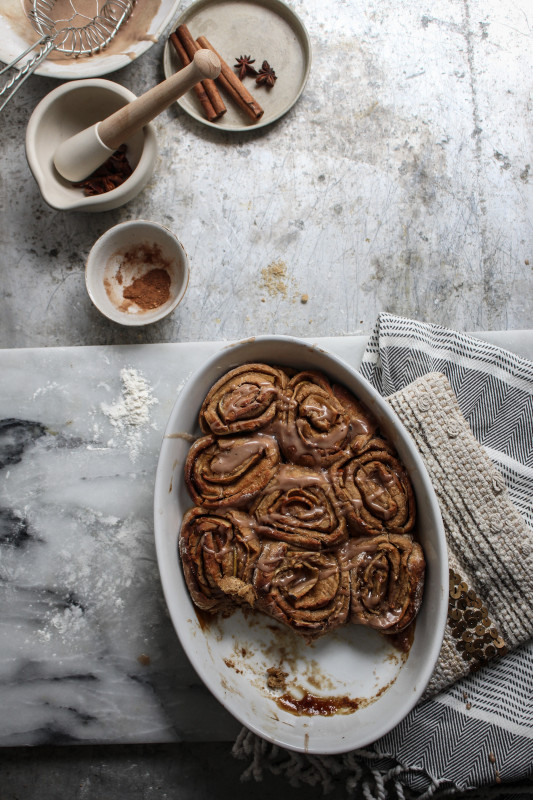 I was asked by Taylors tea to spice up a traditional bonfire night recipe, so I decided to take the Yorkshire parkin cake that is tradionally eaten on bonfire night and turn it into a cinnamon style bun and fill it with spiced poached apples and then glaze it with a water icing made with whisky and cinnamon. they didn’t rise as well as I would of liked but they tasted amazing, I think it was mainly to do with my yeast, enriched dough takes a lot younger to rise so it may take up to 2 hours.

a Yorkshire parkin cake is made with black treacle, golden syrup, ginger and oats so I added that to a enriched dough recipe. 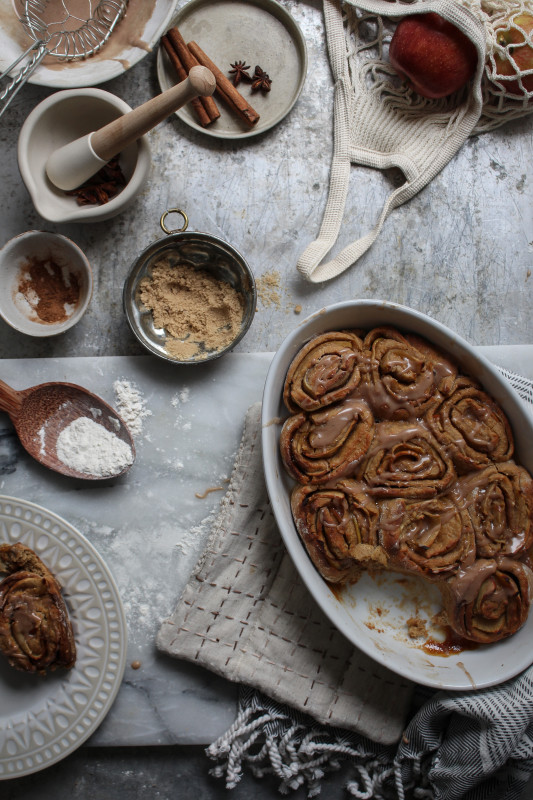 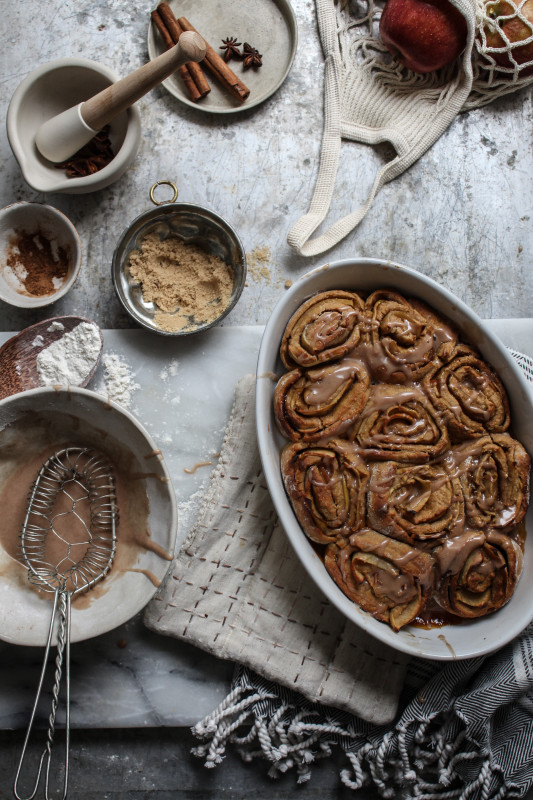 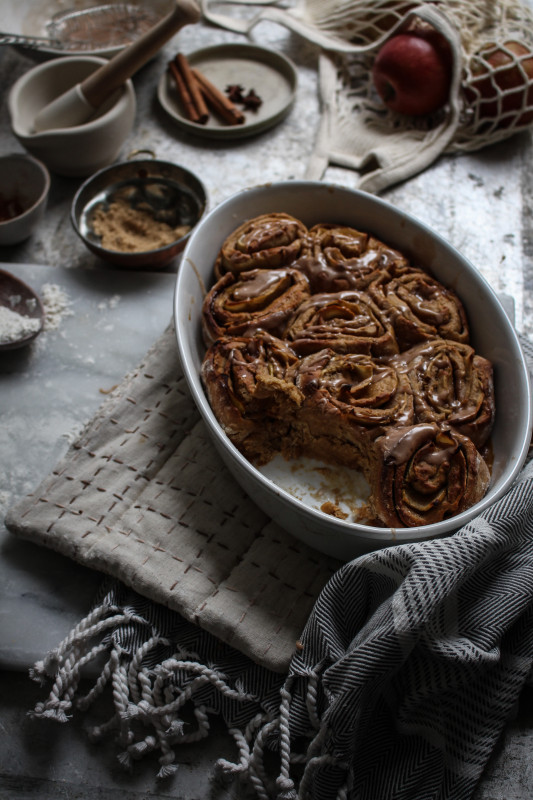 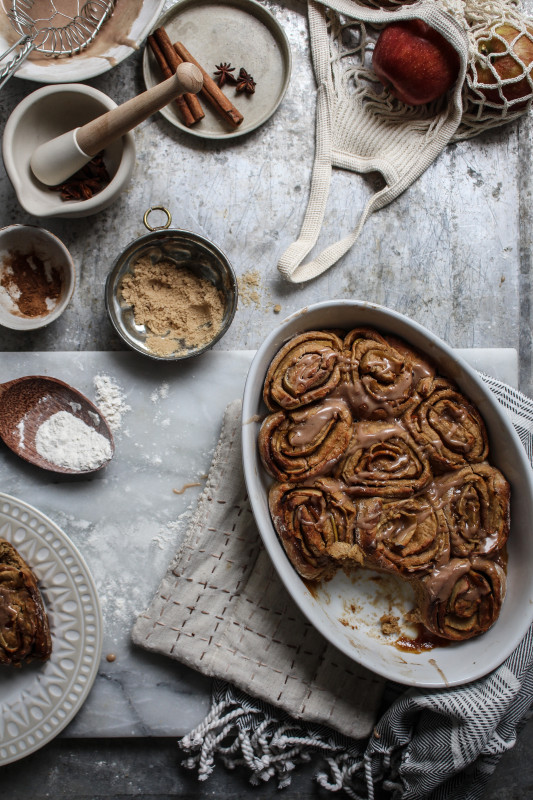 in a bowl add the flour, salt, sugar, spices, then add the yeast on the opposite side of the bowl, add the milk and start mixing then add the treacle, and golden syrup and then add the oats, finally add the water a bit at a time until it forms a wet but manageable dough knead for 5 minutes in the mixer or by hand for 10 minutes.
leave to rise for 1 to 2 hours 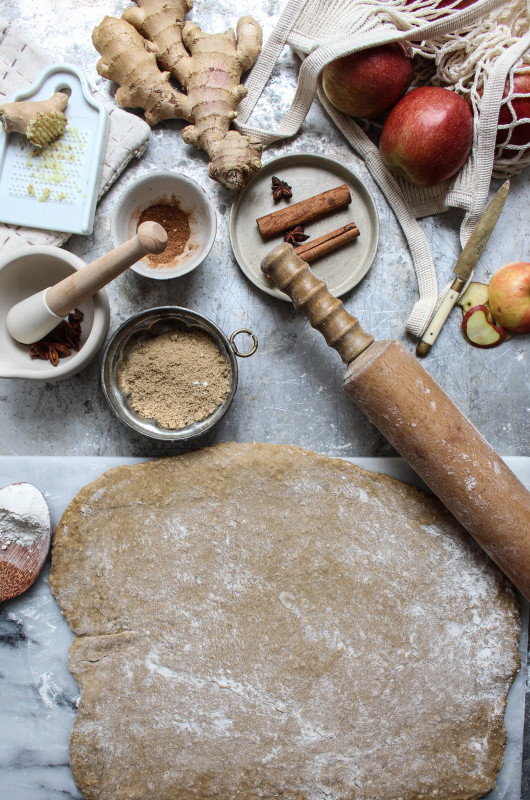 thinly slice the apples then place in the pan with sugar and spices and cover with water then place on the heat and bring to a slow boil and let simmer for 5 to 10 minutes until tender, remove from the heat and drain the poaching liquid away.
take the risen dough and tip out on floured work top, knock out air and roll out into a large rectangle then brush with melted butter and sprinkle over some soft light brown sugar (about 4 tbsp. mixed with 1./4 mixed spice) then place on apple slices and roll up into a log then slice into pieces and place in a baking dish and leave to rise again for 1 hour. 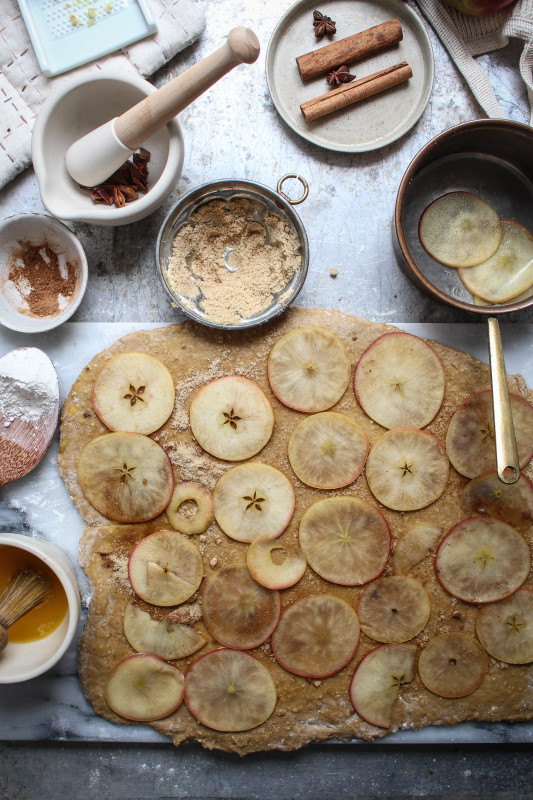 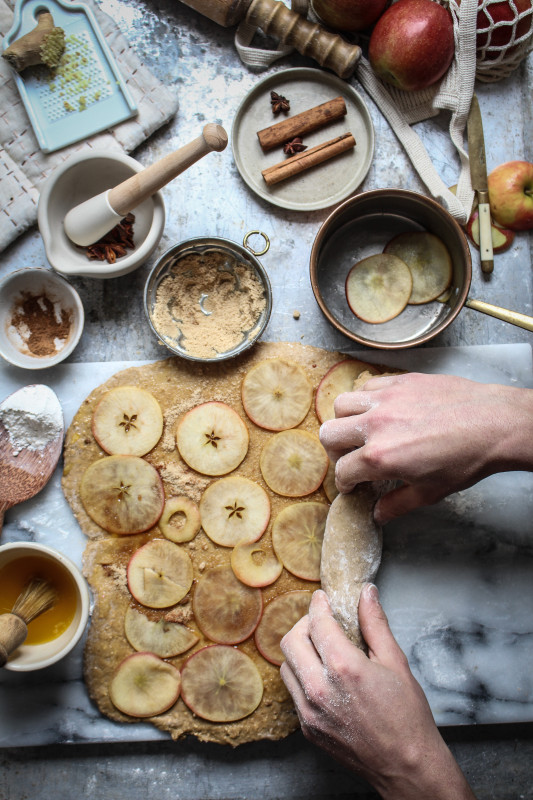 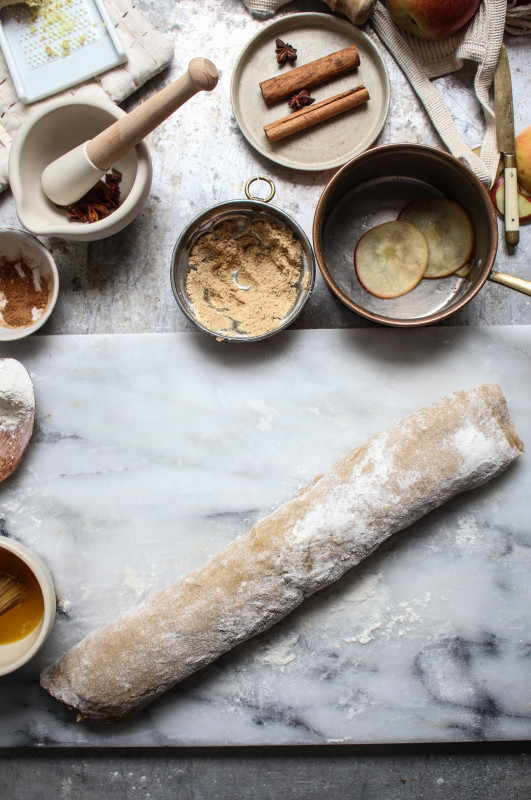 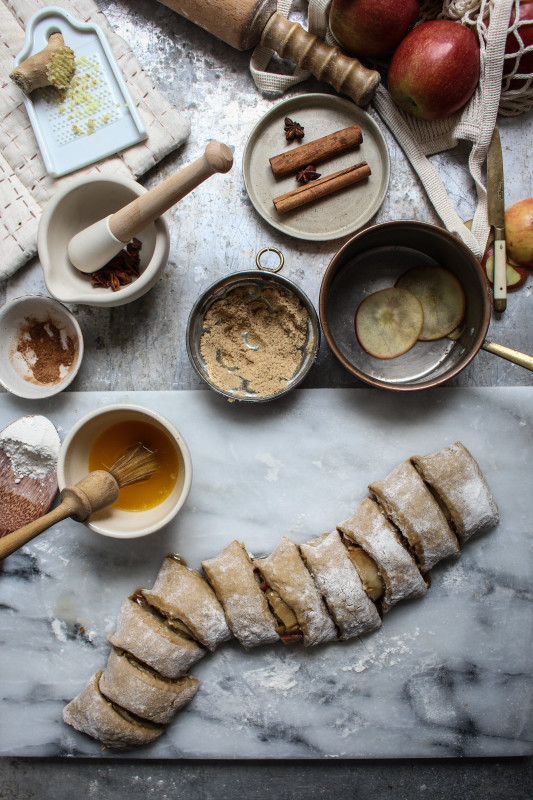 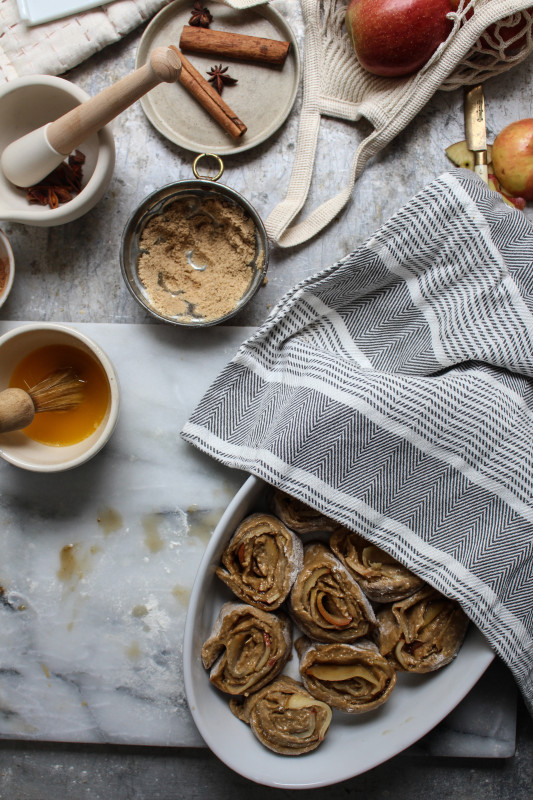 mix all the ingredients together and drizzle over the buns. 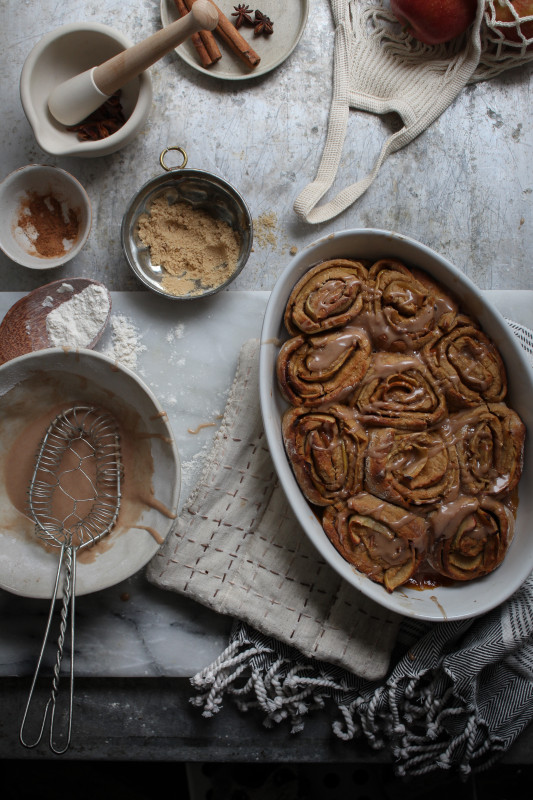 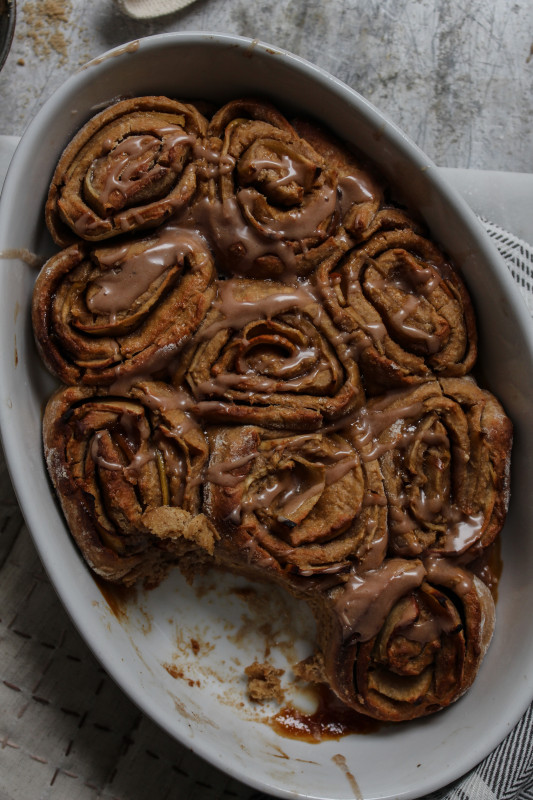