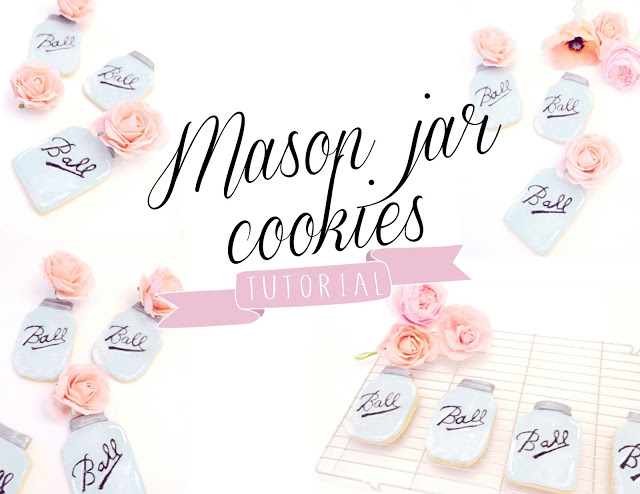 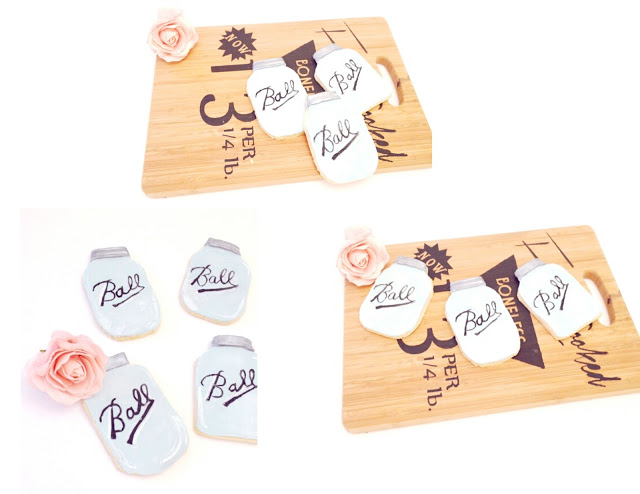 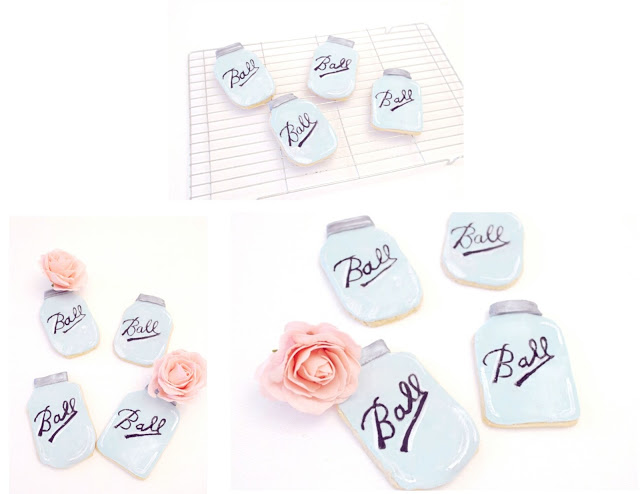 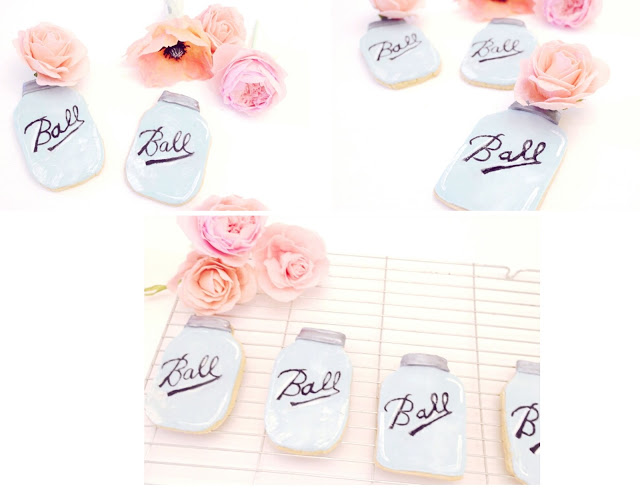 to make the cookie dough i used
the recipe i used for the cookies was
115g of caster sugar
115g of soft
butter
300g of plain flour
a few drops of vanilla essence
first i mixed the butter and sugar together with a wooden spoon, then i mixed in the egg and vanilla essence and then i used a
sift and added the flour, i
used my hands to mix it in to dough, then i
rolled it out and cut it, i did not have a jar shaped cutter so i just used a knife, then line a baking tray with greased baking paper and bake for 10-12 minutes 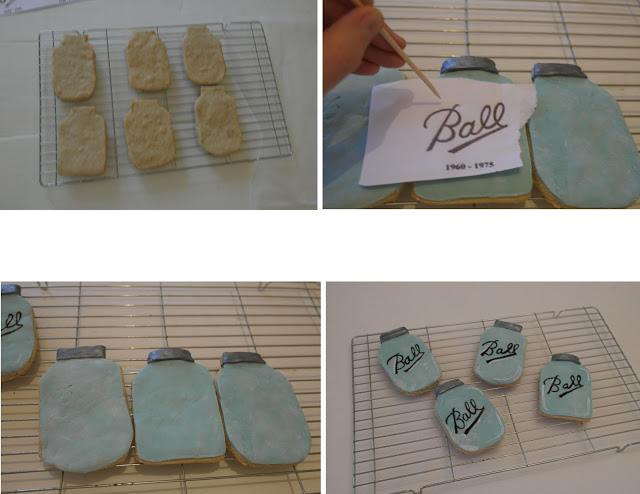 to cover the cookies i used royal icing, i used a mixture of light blue and eucalyptus paste colourings to create the colour, then i rolled it out thinly and placed it over the cookie and sliced around it. to make the lids i cut strips of icing then i mixed white pearl luster dust with a little black which created a silver colour and mixed in some clear alcohol to turn it in to liquid and
painted it, then i stuck them on.
in order to get the writing in the right place i placed
an image over the icing and used a kebab stick to trace so that when i removed the paper there was a slight indent, then i mixed some black powders and painted over the lines. to finish them off
i mixed some white blossom tints and painted on some shadows.