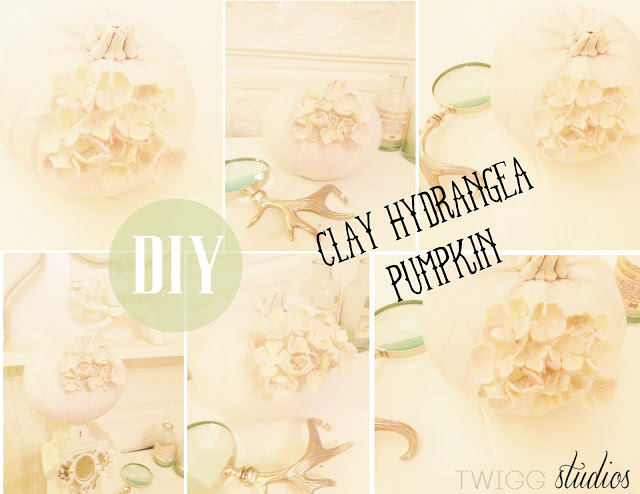 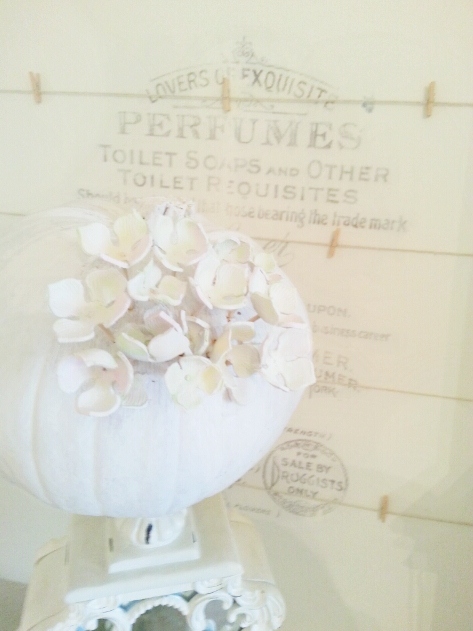 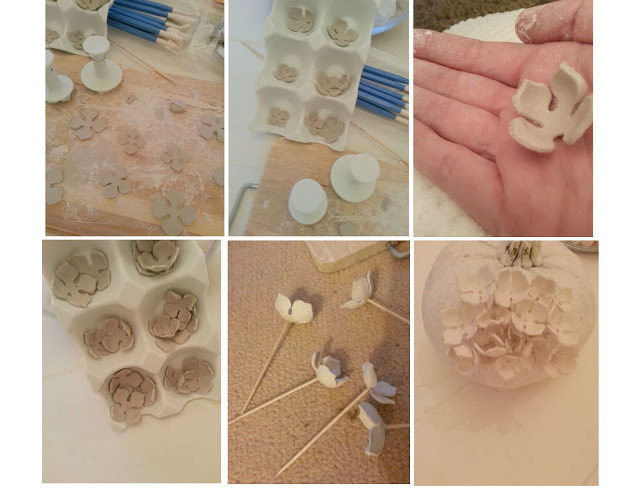 take the cutter, (i bought a icing cutter from eBay for only a few pounds), and cut the hydrangea shapes, then use a ball shaping tool and make the petals have some shape, i rolled the ball tool over each petal, then i poked a small hole with the tooth pick in each one,  in order for them to keep their shape i put them to dry in an egg carton. as i used air drying clay, it dried from the edges in, so once the petals had dried in shape the centre was still wet so i was able to put the tooth picks in and glue them (i trimmed the pointy edge off so it was flat), then i let the completely dry. 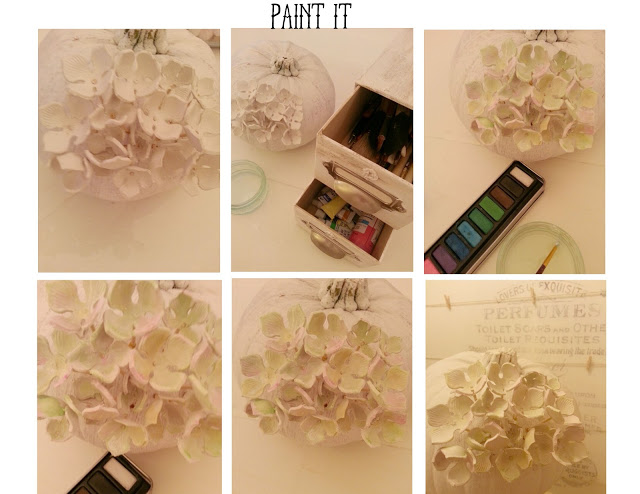 next i trimmed the tooth picks down, and stuck them straight into the pumpkin in to the shape of a hydrangea bloom. then i painted them, i decided to do a white hydrangea, but with a tinge of green and pink, which is often seen. so first i used water colour paints and added some pink and green on to the petals and a little light yellow. then one it was dry i watered down some white paint and covered the painted petals, so you could still see the colours but no as much. 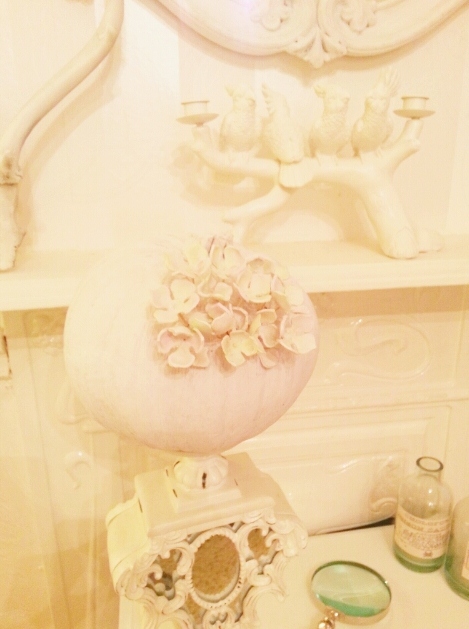 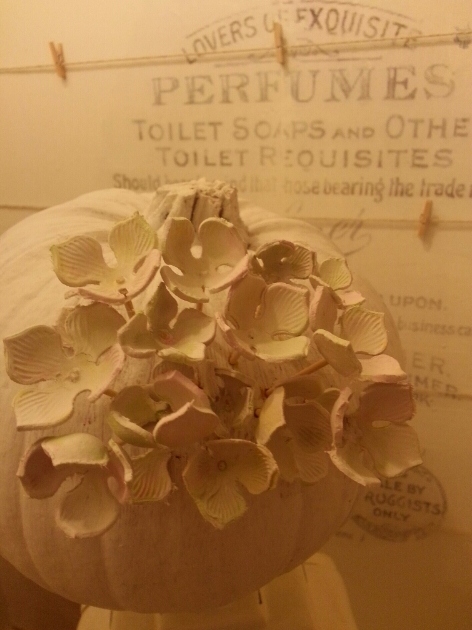 then i ended up with this 3d hydrangea pumpkin